A canary release is a tactic for reducing deployment risk. The idea is to deploy a new release to one or two nodes in a service cluster, let them handle some portion of the work load, and see if any unexpected errors result. In effect, this is a kind of "testing" in production. The term comes from the practice of miners to bring canaries with them into the mines; if the canaries died, then the air wasn't safe to breathe and they should evacuate. Like all strategies, there are advantages and disadvantages to using this approach. This blog entry attempts to outline the more important considerations.

The reason this is attractive is that it mitigates risk without slowing down developer velocity as other forms of risk mitigation (e.g. additional testing before deployment) does. If you are adopting continuous delivery where there are far more deployments and changes are deployed at a greatly increased rate, risk mitigation techniques like this are attractive. 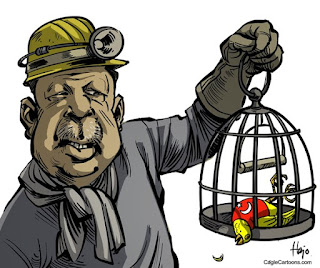 One problem is how to evaluate unintended defects. Logged exceptions, where the defect results in an exception, are easy to defect. Silent defects are defects that don't result in an exception (e.g. produce an incorrect answer or incorrect data). They are harder to catch and in fact might result in a derivative error in some other service that processes incorrect data. In fact, it might not be caught until an end user or customer complains.

Canary deployments do not effectively mitigate the risk of silent defects. The reason is that they are often not caught until far after the defect occurs. Furthermore, they often are detected manually, which introduces a time lag in and of itself.

Canary deployments require the ability to measure and compare metrics of the canary to metrics of other nodes in the cluster. To those operating at a larger scale, this metric comparison between the canary and baseline is automated. Those metrics differing substantially compared to baseline are automatically rolled back.

Database changes can present a problem for canary deployments. If the database changes in a way that's not backward compatible. As an example, if tables and or columns are removed. This can be a large topic and should really be addressed in a separate blog post.

Canary deployments are only possible in cases where there are no service contract changes. In an age where we're breaking up monolithic applications into larger number of smaller deployables, not every release will be a candidate for a canary deployment. Those deployments that introduce a contract breaking change will almost certainly require an all-or-nothing deployment of both the producing service and all consuming services. 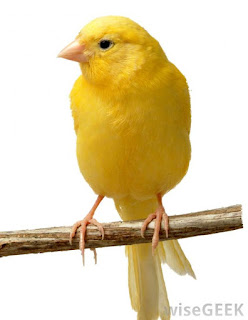 You might ask why application architects should be concerned with code-level items such as these.  The reason is that architects are partly responsible for designing applications that are easy to support and help the organization keep support costs at bay.  Promoting and enforcing good exception etiquette is a cheap way to do that.

Exceptions should contain context information to facilitate support.  This speeds support and problem resolution because it saves developers time.  That time savings allows developers to spend more time on feature development rather than support.  If your enterprise separates development and support, it allows the organization to spend less on support entirely.

Providing context with exceptions is easy for developers to do now.  Tooling exists now that makes this easy and safe.  I think the reason that developers don't take the time to include needed information with exceptions is laziness.  I'm going to present three options I see used most frequently.  That said, I'm sure that there are other tooling options.

A common reason for throwing exceptions is to validate arguments on public and protected methods.  I'll save a discussion on why all arguments for public and protected methods should be validated for another post. One of my favorite tools for validating arguments is the Validate utility from Apache Commons Lang.  Validate makes it very easy to both perform the validation and include context information along with the exception.  Examples follow which should make usage obvious.

Exception messages produced by the above examples are:

Validate is null safe, so you don't need to worry about derivative null pointer exceptions.

Some developers prefer the Javax Validator framework as it's more annotation based.  I provide information on that later in the post.

Exceptions that are not the result of a validation, but a part of something more complex, such as a remote call, I use the ContextedRuntimeException from Apache Commons Lang.  Note that there is a checked ContextedException that operates exactly the same way.

The Java Validator framework is popular in some organizations.  It's annotation based and is handy for validating inputs for published services automatically.  One of it's advantages is that since it's annotation based, it doesn't add code to the code base that needs to be tested.

One of the disadvantages to the Javax Validator framework is that it's much more difficult to include context information along with the exception thrown.  Yes, developers can provide explicit messages that will be used when the validation fails.  An example of including such a message follows:

Notice that in the examples above, all messages are explicit and hardcoded.  There's no easy ability to add in additional context information about other fields in the bean being validated so that a developer could get additional context to assist with diagnosing the issue.  Note that you also don't get the invalid value that violated the exception.

This presents an interesting question.  Would it be possible to use the Javax Validator framework and provide context information?  At first glance, you would have to write a custom class that implemented the MessageInterpolator interface (details here) and bootstrap it in (details here).  Maybe, I'll write one someday if I see enough of my clients utilizing this framework.
Posted by Derek C. Ashmore at 12:53 AM 2 comments:

The Apache Mesos product adds business value.  An incredible amount of it.  But the source of that value isn't what most people think.  Most think that the business value is simplification of deployment for developers so that they spend more time developing features instead of worrying about the deployment infrastructure.  There is value for developers, but there's more.

Mesos eliminates cloud vendor lock in.  Mesos slaves run on virtual machines with prerequisite software on it.  Those slaves can exist just as easily on Amazon AWS or Google Cloud, Microsoft Azure, or any other cloud vendor.  All cloud vendors provide VPN capability so that hybrid cloud (a mixture of cloud and on premise) infrastructures are possible; everyone wants that.  You can't exist in today's marketplace without it.  There's nothing getting in the way of Mesos masters running slaves in on premise our cloud infrastructures in any combination.  Somebody makes a financial decision add to where slaves (or Mesos masters, for that matter) are hosted. 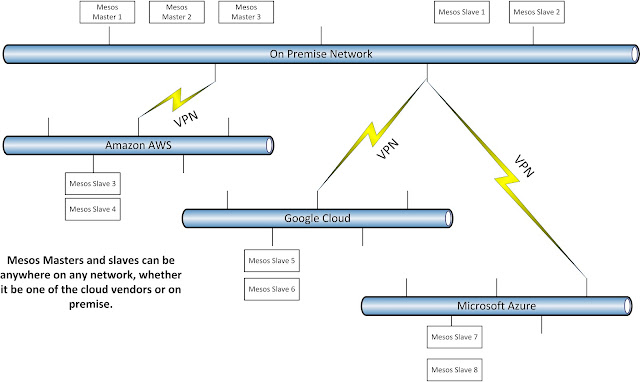 Mesos reduces switching costs between cloud vendors.  One of the cloud "fears" I hear from clients is vendor lock-in.  That is, they start with a cloud vendor, that vendor changes its pricing structure or the quality isn't what they need, then they have a large project to switch cloud vendors.  Mesos makes switching cloud vendors or using multiple cloud vendors much cheaper and easier.  Adopting a new cloud vendor consists of establishing a VPN and creating Mesos slaves in your newly consumed cloud. Through the VPN, those newly created slaves can communicate with their Mesos masters wherever they are hosted. From a business perspective, this feature eliminates business risk. Your application runtime environment is effectively decoupled from your cloud vendor.

Mesos vendor agnostic platform introduces a least common denominator problem.  One of the advantages of using the cloud is to capitalize on cloud vendor R&D, which is much larger and often much more focused than what enterprises can do individually.  Cloud R&D is realized by features such as dynamic scaling, which automatically scales your deployment to match the load it's currently servicing.  The web is repleat with postings about difficulties in making Mesos dynamically scalable and utilizing other cloud features.  Cloud vendor features will always be ahead of Mesos' ability to utilize them and will always have features that those adopting Mesos won't easily be able to use.

It should be noted that Mesos is popular enough to get the attention of cloud vendors. For instance, AWS is devoting time and energy into providing a way to dynamically scale Mesos slaves through the ECS Scheduler Driver.  Azure and Microsoft have an effort going to bring Mesos (and Docker) to the windows world (here).  A quick google search reveals that there are many other Mesos integration efforts with cloud vendors and there's every reason to expect this to continue.
Posted by Derek C. Ashmore at 1:17 AM No comments:

Testing private methods indirectly through protected or public methods is impractical.  If the private method has conditional logic or manipulates inaccessible fields, it can be hard to test each condition as it requires manipulating inputs to a protected or public method to do so.  In other words, testing of private methods becomes a "bank shot" more or less.  This takes additional time that developers don't always have.  It also makes test code more complex and more difficult to maintain.

Escalating methods and fields to protected status for testing creates a leakage of concerns issue.  Objects work like spies - on a "need to know basis".  If a method is going to be something other than private, then that escalated status should be needed in production code somehow.  If not, then the function of that private method wasn't really intended to be exposed.  The class might not be designed for that method to be overridden in an extension or called from outside the class in some other context.  Escalating that private method to protected in order to test it looses the documentation for other developers that it's dedicated to a specific purpose and really shouldn't be called from outside the class that defines it.

Apache Commons Lang and Reflection to the rescue.  Through reflection, access to public and private methods is more than possible.  Commons Lang makes that job easier.  In other words, you can have unit tests for private methods and check the value of private fields without escalating those items to protected status or attempting to test them indirectly.

Example 1:  Reading the value of a private field

Example 2:  Changing the value of a private field

Executing private methods *should* be just as easy from Commons Lang from the MethodUtils class.  In fact, I've proposed a minor enhancement to the Commons team to do just that. Until such a time, private methods can still be executed/tested directly. However, it's three lines of code and not just one.  I've got two illustrations of invoking private methods.  The first, example 3a, show executing a private method with no arguments.  The second, example 3b, is slightly more complex and assumes two arguments: a primitive int and a string.  Note that you do need to change the accessibility of the method so that it can be executed before you invoke it.

As I said, I hope that Commons Lang provides a one-line alternative for this at some point in the future.

Example 3a: Executing a private method (no arguments).

Posted by Derek C. Ashmore at 5:16 AM No comments: